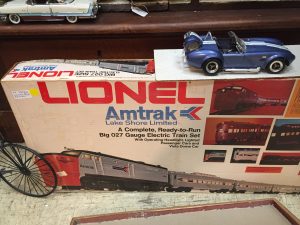 We ordered a turkey from Maple Lawn Farms. As long as we’ve lived in Clarksville, just around the corner from them, we’ve never done that. I think I was three or four the time, just before Thanksgiving, that Mother drove by and I saw all those turkeys on the lawn and asked, “Are we getting one of those turkeys?”

For some reason, we never did. But this year we did, and my whole family spent the night before in your house. Renee brined the turkey the night before, and got up at four in the morning to start cooking it, so that dinner could be ready by noon. Susan had to work the afternoon shift.

Setting up for Thanksgiving was a big task. You see, Mother had declared that, for Christmas, she wanted to have a tree in the window in the Music Room, with a train under it. To do that required that the Music Room actually look like a room, with a floor that wasn’t rough plywood, and something on the walls, and all the storage boxes of Mother’s papers from her office moved somewhere else, to say nothing of the boxes of plumbing and light fixtures for the bathroom.

It also meant curtaining off the Living Room, which is, sad to say, an unattractive space right now. For years—decades, even—it was your workshop, a room in the far corner of the house where you worked on the rest of the house. You had set up your table saw, drill press and jigsaw there. By ‘jigsaw’ I do not mean a handheld jigsaw. I’m not sure what the particular type of jigsaw is called—a table jigsaw? You had it mounted on a very heavy stand you had built and wired with a switchbox.

Also in the living room were the raw materials needed for finishing the house—plywood for the floors, including finish grade plywood for the wainscoting in the hallways; door and window facing, door jambs, doors (six-panel, solid wood), stairs and stairway molding, a fancy mantelpiece and marble hearth, and all manner of trim. Oak hardwood floor was stored upstairs. In boxes were light switches, outlets, covers for both, electrical boxes, circuit breakers and every scrap from every piece of wood you’d ever cut.

That was the case until you retired. Then you started moving other things in there. “Other things.” Garbage, Daddy. You piled that room full of garbage. Did you hear me calling out to you, the weekend before Thanksgiving, asking you why you had invested so much time, money and effort into buying all of these nice things to go into this wonderful house, and then buried them in garbage? Newspapers, for one. I carried 13 bags of newspapers out of there just last weekend. They were the last 13 of probably 75 – 100 bags. You had hidden them by the fireplace.

The fireplace! You, who were careful about fire to the point of paranoia.

Not that the fireplace was likely to be used, it being buried behind layers. Every cereal box, cracker box and pizza box had been carefully cut up into squares and rectangles and saved, in case you needed cardboard. The room was also full of the surplus equipment you had collected, and bags and bags, boxes and boxes, of thingsyou had bought as your acquisitive nature took control.

One sad purchase I found—in a decrepit Sears bag from the early 1980s, black paper with neon green logo, were dozens of cabinet door handles and drawer pulls. The receipt said they had come from Scott’s Hardware in 1982. I showed it to Mother. She said, “That was right after he retired. He must have thought he was finally going to finish the kitchen.”

And you didn’t. And the door hardware is too outdated now even for a retro-look kitchen. I can’t help but wonder why you didn’t work on your house, instead of going out and buying junk to get in the way of doing so. I’d say “whatever makes you happy,” but I don’t think it did make you happy. And I’m very sorry about that.

So the Living Room was impassable by the time you really got sick. I only started cleaning it out last year. This past week, I made real progress getting it into shape, mostly because Renee wanted to hang curtains at its entrance, so that its decrepitude wouldn’t be visible from the Music Room. It’s still not as organized as I’d like it, but I can move through it, and will be able, soon, to use it again as a workshop.

And the tree is in the Music Room window, with a Lionel train that I bought this weekend to go under it. I decided that your father’s HO Gauge train is a bit fragile to risk to the running feet of dogs or the curiosity of cats.