The astute reader will note that this post bears yesterday’s date, not one six months in the past. It’s been a rough week. Hell, it’s been a rough year and a piece. It was time to sit down and say some things that, well, maybe I should have said a while ago. . 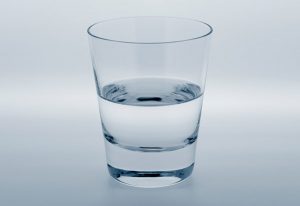 This time in my life causes me to raise my voice in protest and declare, “I am a positive person. Indeed, I’m the most positive person you’re ever likely to meet.” Why “In protest?” Because, for as long as I can remember, people have told me I was a negative person.

It began very, very early—so long ago that I can’t remember when I wasn’t being told that I “borrowed trouble,” had a bad temper which was a danger to myself and others, or that I didn’t know how to treat people. “Egotist” was thrown around a lot too.

Indeed, looking back, the amount of criticism I received from those closest to me seems to me now to have bordered on emotional abuse. Was it emotional abuse? That’s a term with a fuzzy definition. But I know it was a lot of negative feedback that profoundly affected how I felt about myself, made me doubt myself, possibly held me back.

I was deathly afraid that I was going to turn out to be the villain of my own story, that I was going to bring shame on my family, and that all would be lost if I didn’t damn well change, well, everything about myself. I thought of myself as a good person, and a moral person, but I was very, very afraid of my temper. And, admittedly, it was bad. I pitched some classic tantrums. Over the years, I developed the habit, which I still have today, of withdrawing when angry. In fifth grade, that meant running out of the classroom. As a bureau chief in the fire service, that means just shutting down—keeping my face blank and my mouth shut—when someone has pushed me too far. A good friend of mine—our former chief—once observed, “Man, it’s like you’ve gone into a coma when that happens.” I told him it was that, or open my mouth and get myself fired. I try hard to keep a blank expression because I’m also told that my face always betrays me when I’m angry.

When I was applying for colleges, at the tender age of 17, I wrote an entrance essay on the topic of “My Greatest Personal Accomplishment.” I detailed how my greatest personal accomplishment was learning to control my temper. My guidance counselor read it and said it was too negative and critical, that no college was going to accept someone who admitted that he had a bad temper. She asked me to show it to you and Mother.

Mother drafted an essay for me, which listed many other things I had done. I don’t know what they were. I don’t recall having accomplished anything at that point in my life, other than sketching my way through 13 years of formal education, drawing a large pastel of some duck decoys, and writing a M*A*S*H fan fiction story. Whatever she listed in the essay, I found it bragging and lacking in any sort of self-analysis. I thought it read like something a Harvard-bound preppie would write, knowing that Mummy’s money and Daddy’s connections had already secured him admission anyway, and not knowing that he was a human being with flaws, who most of his peers thought was a sharply dressed asshole. Mother said there are times when you’re expected to brag a little. I wasn’t sold.

So I went back to the guidance counselor and showed her both essays. She liked Mother’s. I said I couldn’t, in good conscience, sign my name to something that made me sound so conceited. She shook her head, handed me my essay, and said, “I think you should take this to Mrs. Fletcher. You two seem to understand each other.”

Celia “Ma” Fletcher taught chemistry and physics at Atholton High School. I got a C in chemistry and a D in physics, but, nonetheless, Ma Fletcher and I had a rapport. She was about five feet tall, reputed to be both scary and bad-tempered, and was prone to look at me and sigh, “Smile, kid. It only gets worse from here.” She dressed as a witch every Hallowe’en, and had by her blackboard a cartoon of a short, red-haired witch, head thrown back, screaming. The cartoon was captioned, “Bitch a little… if it’ll help any at all.” It was Ma Fletcher who told me, upon reading my essay, “Kid, your one great obstacle in life is going to be that you have no patience with stupidity.” She went on to tell me that stupidity was everywhere, and, if there was a war of us against them, the stupids would win by sheer numbers. (Maybe I made up the war analogy, but I think she would have liked it.)

Ma Fletcher congratulated me on my candor and ability to self-analyze, but advised me, because of the rampant stupidity, to tone down the essay. I did, but it was still about self-control. I used it to apply to three universities: NC State, University of Maryland, and Johns Hopkins. I was accepted at all of them. Guess one of us got something right.

Another high school teacher used to call me “The Voice of Doom,” based, I suppose, on my propensity for complaining about what I saw as being wrong, both in my immediate surroundings and in the world at large. It probably didn’t help that he was starry-eyed for the Reagan Revolution, and I was a bleeding-heart liberal. (You and I also fought a lot about politics in those days.)

But I’ve come to believe that recognizing the negatives is not a negative. There’s a cliché that identifying the problem is the first step to finding a solution. So how are problems going to be solved if someone doesn’t “go negative,” and say, “That’s broken!” I do that. I do it a lot. And I guess some people’s definition of “positive” is to have the serenity to accept the things we can’t change, to the point that we don’t even mention them.

But I don’t believe in the insoluble problem. So I point out a lot more problems than others, equally devoted to said serenity but less inclined to believe they can effect change, do. I guess that makes me hard to be around sometimes, because I’m pointing out what’s broken. But that same tendency has given me the courage to go from being the kid in the lowest math class to winning the Maryland State Math Award and getting a 700 on the math SAT. It’s given me the optimism to stay married for over 30 years, when my almost all of my peers have gotten divorced—some of them as many as three times. It’s let me see what was wrong (sorry) with my growing-up years so that I could apply hard-won knowledge to parenting and raise two successful young men who actually like me. It gave me the courage to start a science fiction convention, thumb my nose at the “businessmen” who told me I was doomed before I started, and see that convention thriving 26 years later, when said “businessmen” are all out of business. It’s let me shrug off 35 years’ worth of rejection notices and keep writing, and become a leader in a field where civilian leadership positions don’t exist.

It’s let me say that a house that wasn’t finished for 50 years, which had become a hoarder’s hell, is still worth saving.

And it’s let me look back at 53 years of life, abuse, heartaches and all, and say that it’s been a pretty good life.

The abuse continues, from some of the same sources. Whatever drives people to hurt others, it doesn’t necessarily mellow with age. I face a great deal of pain every day, and a measure of it is being inflicted intentionally.

But this is a good life, and I don’t intend to let those people ruin it.

Of that, I’m POSITIVE.

PS for Mother—how’s that for bragging a little?