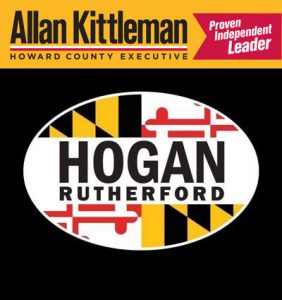 Everyone who knows me knows that I’m a political curmudgeon. I’m usually outspoken supporting underdog candidates—like Gary Johnson in the 2016 Presidential election. My underdog streak goes way back. I was a John Anderson supporter in 1980, three years before I could vote. That might give some of you the idea that I only support lost causes. Not this time.

This Thursday, I voted in the mid-term election. (If you live where I do, you have three days of early voting opportunities left. Do it. It’s convenient.) I voted for, in alphabetical order, Democrats, Independents, Libertarians and Republicans. I voted for incumbents who have done a solid job, for mavericks who probably won’t win, but who deserve a showing for their valiant efforts, and for newcomers who stand a good chance, and who I think will accomplish great things in office.

I voted for people, not politics.

I’d like to ask you to do the same.

I know a lot of people are angry about what happened in the last election, and about what’s happened since. I’m angry too. But, as I’ve said in the past, anger is fuel. It’s not a guide on how to act. You don’t let your gasoline steer your car. Voting your anger might feel good, but it’s not necessarily going to accomplish very much. Specifically, many Marylanders voting only for Democrats in this election will likely not affect Donald Trump or his presidency. The Senate and House races on my ballot, for instance, are unlikely to unseat the incumbents. The incumbents are Ben Cardin and John Sarbanes, two guys who aren’t going anywhere but back to their seats in Congress. It’s not possible for me to send a more anti-Trump force to Washington than we’re already sending.

It is possible, however, for me, and voters like me, to let their anger unseat sitting Republicans in local office. And that’s exactly what I’m asking my fellow Marylanders and my fellow Howard Countians not to do.

I would ask them instead to join me in voting for four more years for Governor Larry Hogan and Howard County Executive Allan Kittleman. Republican, Democrat, Libertarian, Green—it doesn’t matter. These are qualified candidates who have done their jobs well, who have taken stands against the excesses of the Trump White House, and who, above all, have looked out for their State and their County instead of their further political careers.

Larry Hogan has overseen a period of economic growth, and responsible spending. Maryland jumped from 13th to 4th in entrepreneurial business growth under his administration. School funding has been increased across the board, and the Chesapeake Bay cleanup efforts have been stepped up. Hogan provided calm leadership during the crisis that grew out of the Freddie Gray trials, overcoming significant illness even as he did so. He even lowered taxes while maintaining a balanced budget. This is the kind of leadership we as taxpayers and voters deserve, as opposed to being turned into laboratory rats.

Allan Kittleman’s campaign is a little closer to home for me. I’ve been a Howard County resident for over 50 years and a County employee for 30 years. I’ve worked for five County Executives in that time, and they all influenced what it is to be a Howard County employee, for good or for bad. The County Executive selects the heads of each County Department – Fire, Police, Parks & Rec, IT, etc. That gives the Exec a high degree of control over how things get done in the County.

Those department heads and their designates spend the money that taxpayers turn over to us to run the County, and draw up the budgets detailing who much is needed and where it’s going. Over the years, I’ve seen a variety of people in the role of department head—everyone from competent bureaucrats and stellar leaders, to bald-faced social climbers and campaign workers who were owed a favor. I’ve worked in environments where we remembered every day that our real bosses are the people who pay our salaries—the taxpayers—and I’ve worked in environments (fortunately not lately!) where I was reminded regularly that job number one was to get the guy at the top re-elected.

Since Allan Kittleman was elected, I’ve seen one factor pervade in the Howard County Government, and that factor has been competence. As a result of his choices, I’ve been privileged to work with and for some amazing people. That says to me that we have a good leader picking the team. Apparently, a lot of my co-workers agree, because our public safety unions have come out in support of a Republican candidate. That doesn’t happen often, and it speaks volumes about the individual they’re supporting.

Allan has supported County schools by fully funding their operations. He has supported County taxpayers by standing firm that the School system must spend responsibly and cannot always ask the taxpayers to clean up after mismanagement of funds. He has helped the County make tough choices in spending our limited funding for new construction. What do you do when you need a new courthouse, new fire stations, and new schools, all to support a growing population? What do you do when you don’t have the money for all of them right now? You make a hard choice, that’s what you do. And that’s what the County has done, under Allan’s leadership.

Howard County is known for its diversity, for being home to Columbia, where racial differences were transmuted from barriers into assets. Where people of color and other minorities could feel at home and enjoy the benefits of the American Dream while maintaining their heritage. Allan remembers a time when Howard County wasn’t like that. It’s a time that is included in my lifetime and his. Howard County schools did not desegregate until 1965. Allan’s late father was not only instrumental in that desegregation but was a founder of the local chapter of the NAACP. He served as its only white president to date. Allan understands that remembering that all-too-recent past is an important part of building a better future. To that end, he has helped to save the Harriett Tubman school, the County’s black high school during those troubled times, as a memorial to the spirit of change and growth.

He says every time he speaks, and he means it, “I never forget that I work for you,” “You” being the people of Howard County. He loves this County where he and I grew up, where we attended County schools, as did our kids, and where his family has their home. Unlike some of our past leaders, his eyes are not focused on the next rung of the political ladder. They’re focused right here and right now, where he can do and is doing the most good.

So please, whatever your politics, whatever your level of anger at the President and his staff, look beyond them, and look at people. We’ve got some very, very good ones here in Maryland, for all that the initial after their name on the ballot might not match the one after yours on your voter’s card.

Please join me in voting for Larry Hogan for Governor of Maryland, and Allan Kittleman for Howard County Executive.