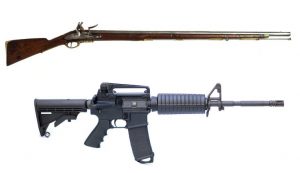 2 thoughts on “If You Force Me to Choose Sides, You May Not Like the Side I Choose”