“David and Saavik – Shooting Stars – Part 2” will not be seen tonight, so that we may bring you the following special FIAWOL presentation. 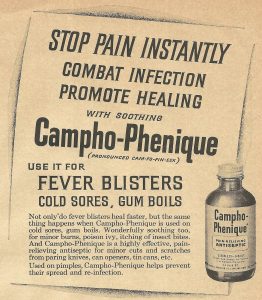 Drawing a line in the sand is popular right now. We like to know who’s like us and who isn’t. Who can be trusted and who can’t. Who’s in our tribe, and who’s an evil outsider who needs to be kicked to the curb. So we draw a line in the sand and ask those like us to stand on our side of it. We go on Facebook and say, “If you don’t agree with me that drinking Green Kool-Aid is a hate crime, you are what is wrong with the world, unfriend me now, you are dead to me. Oh, and thanks for electing Trump.”

Silly, right? Well here’s my line in the sand: If you approve of James Gunn losing his job because he made jokes on Twitter years ago, then you are what’s wrong with the world, I don’t trust you, and you are clearly not of my tribe.

Not a joke. Mean it with all my heart. But I hope you won’t unfriend me, and I don’t intend to kick you to the curb. I just want you to realize how broken I think both this country and your thought processes are. If you don’t, I still won’t unfriend you.

That’s the point. No one should be kicked to the curb.

Why? Because we’re all God’s children.

There. I said it. God. GodGodGodGodGod. Not a dirty word. Not even a four-letter word.

I became a Christian when I was eight years old. I stopped believing in God when I was 14. I started believing again in my 20s. And, at 52, I’ve realized I am, always have been, and probably always will be faithful to the religion of my childhood.

I don’t claim to know what God is. He may not be anything but an abstract concept. But I know this:

“Love your neighbor as yourself. All the Law and the Prophets hang on these two commandments.”

Okay, Jesus—or whoever wrote down his words, or whoever translated them—made a grammatical error there. The Prophets themselves don’t hang on those commandments, but their prophecies do. I’ll forgive him and his entourage the error though, ‘cause he’s a pretty amazing guy.

This is Christianity. Not being anti-abortion or anti-gay. Not defending marriage as one-man, one-woman. Not demanding prayer in schools. Christianity is believing that everyone deserves to be loved, because everyone is a child of God. Fred Rogers believed that. Have you seen Won’t You Be My Neighbor? If you haven’t, you should. Fred Rogers was a great man.

There are great men and women who are Jews, too. And Muslims. And Atheists. And Hindus. And Wiccans. But my orientation is Christianity, and that is my belief—everyone deserves to be loved, even if some of their actions deserve to be called out as wrong.

I believe in universal salvation. Everyone gets every chance they need, because everyone has a spark of divine fire. Having that spark means you carry around a piece of God. Nothing, nothing can extinguish that spark. And, as long as you have it, you deserve love and salvation.

So, back to James Gunn. I stand with him. He does not deserve to be fired, and he does not deserve to be condemned by you. He is a talented man who has brought joy through his work, and, according to his brother Sean, learned life lessons as he entertained us. He is a gifted writer and director. If you are glad to see him fall on hard times, you are spiteful, you are mean, and you are wrong.

You may be offended by his jokes of years past. Okay. That’s your right. But does your being offended—by anything—mean that a person should lose their job and livelihood, and that millions should be deprived of the results of their good works? Are you really so goddamned stuck on yourself that you believe your right to be offended means other people should get hurt?

Seriously, and I say this with love, get the fuck over yourself.

(Jesus would say, “Let him who is without sin cast the first stone.” In this case, they mean the same thing.)

I will not distance myself from James Gunn’s jokes by calling them deplorable, or any other catchy term of trendy moral outrage. They were jokes. Like all jokes, they’re funny to some, un-funny to some, offensive to some, hurtful to some, shocking to some. I don’t need to virtue-signal that I’m opposed to child rape. Of course I’m opposed to child rape. If you know me at all, you know that. You know I’m opposed to murder, to theft, to slavery and all other crimes of force that violate people’s rights and freedom and safety. I shouldn’t have to advertise, just as I shouldn’t have to say, “I don’t believe it’s OK to throw hand grenades at bunny rabbits” every time I sit down to watch Monty Python and the Holy Grail.

If you are shocked and outraged, okay. Process those feelings and ask yourself why you feel that way. Learn about your moral foundations and share those thoughts with others. Do that for yourself, not so you can make a grand production of showing other people how good you are because you hate evil really muchly bigly.

But I am not shocked and outraged. I’m just not. I’m numb to shocking jokes because I’ve been listening to them for decades. I don’t believe James Gunn is a pedophile. If he were, I think he’d be careful not to make such jokes in public. So I don’t read his words and think, “Oh, my God, he’s telling people to rape children!” I think, “Guy’s got an over-the-top sense of humor.” Just as I’ve thought over the years listening to Richard Pryor, Jackie Mason, Robin Williams, Eddie Murphy, and even Bob Saget and Steve Martin doing standup. I don’t believe his jokes will lead to an increase in the commission of crimes he describes.

Maybe you think it’s not okay to tell those kinds of jokes. So don’t tell them.

But when you say that a person should be shunned and outcast because he does tell them, because you think talking about a subject is the same as committing an actual crime, then you are revealing yourself as the kind of moralist who brought about the Salem Witch trials, the Hollywood Blacklist, hell, even the Crusades. You are promoting the concept of thought crime, every bit as much as George Orwell’s evil dictator Big Brother did in his novel 1984. You are asking for society and government to be granted the power to control people’s thoughts, and their right to express them.

Harvey Weinstein abused his power, hurt people and destroyed lives. He should pay for that. In taking him down, Hollywood slew a dragon. But now it seems we have a taste for dragon blood and we just want to keep killing them.

We should prosecute the Harvey Weinsteins who abuse their power. We should tell them they need help, and possibly even require them to get it, while making reparations. We should tell Roseanne Barr that making statements which people find racist is the wrong thing to do, and ask her to try and be an advocate for inclusiveness and diversity. But I think firing her was a knee-jerk step that hurt both the network and her cast and crew. Kevin Spacey should be kept away from vulnerable young men, even if that means not casting him anymore. But his co-workers who knew all along that young men were not safe around him should have spoken up long before Anthony Rapp did. Their outrage falls on my deaf ears. My sympathies are saved for the people he hurt, and the angry protestations of those who watched say to me that the industry still doesn’t care about helping them, only hurting the guy who embarrassed the industry.

We need to stop being about moral outrage and appearances and start being about real morals. And we need to stop asking for revenge against people who have hurt us, or others, and start looking at ways to heal the damage. Maybe say to James Gunn, “James, you joked about child rape. I’d like you to meet this person who was a victim of it, and maybe be an advocate for them. And maybe you won’t find those jokes funny any more.”

“Stop hurting. Start healing.” It was once the slogan for a wound-care treatment called Campho-Phenique. It’s also good advice for all of us.

There’s my line in the sand. If you’re on the other side of it, you’re not of my tribe right now. I don’t trust you. I’m probably angry at you. But I don’t hate you, and, if we’ve been friends, I hope we can come to an understanding.

But what you’re doing and saying is not okay with me. And that’s where we have to begin.

1 thought on “My Line in the Sand”